This is an annual celebrating event 2020, on the 6th edition of the Symposium, under the theme “New Generation” which will take place from 14th to 16th February 2020. This year’s conference will be held for the first time in Nottingham and in two locations: Friday 14th from 5pm and Saturday 15 February at 4pm, 405 Woodborough Road, NG3 5EJ.

On Sunday, the last day of the conference will take place from 10am to Hyson Green Community Centre, 37 Gregory Boulevard, NG7 6BE, which is also in Nottingham. In collaboration with The Blessing Church from The Netherlands, the New Gen conference will be attended by evangelist John TL Maasbach, who is leading the work of Youth of the World Mission Johan Maasbach with a strong delegation of Young people.

According to the program, these three days will be co-hosted respectively by the evangelist John Maasbach of The Blessing de la Holland, Pastor Hubert Kanengene, spiritual son of the Apostle Tambu Lukoki, the pastor of the New Alliance Church of DR Congo and lastly, the titular pastor and host Didier Hyde Kuku Mesa.

In the same context, a Bible school called “Zoe Bible College” will be opened in England and will be officially inaugurated during this 6th Edition of Symposium in collaboration with The Blessing Family Church Holland. This Bible college will surely impact the lives of many by allowing a change in their Christian way of life by learning how to rejuvenate and grow in their faith.

An opportunity not to be missed because this programme will not only be aimed for the members of the Audacious Faith Church Derby/Nottingham, but will also concern all people, Christian or not; different churches and different races or cultures because God is the father of all humans. An invitation is being extended to all to take part in order to nourish themselves spiritually in knowledge and truth.

As a reminder, Zoe Bible College is not the first to open its doors, it already has several operational branches in several countries such as Holland, DRC, Afghanistan, Israel, India, Kenya, Colombia, the Philippines, and many more.

Speaking of the New Generation Symposium in which the central message is taken from the Bible, in the book of Joshua, Chapter 24, the host of the conference; Pastor Didier Kuku explains how “Joshua made the children of Israel to see where they came from, showed them how the grace, divine favours and the miracles of God were present with them. Joshua demonstrated how God delivered them from the hand of the Egyptians, how God led them to give them the promised land, a land that was promised to their ancestors. Towards the end of his life, Joshua confronted the children of Israel, and said to them; “Now choose who do you want to serve”. Do you want to be swallowed up by the gods of the Amorites, do you want to serve the culture you just embraced? “But for me and my house, we will serve the Lord”.

The theme on the New Generation not only involves the young people who will take over tomorrow in the future, but also addresses a generation of all ages as in this story; when Caleb was old enough, said to Joshua, give me this mountain (Joshua 14:12).

Certainly, there are people who are advanced in age but have a young mind and those who are very young with an old mind. All the more reason than in this message of the New Generation; we find those who have a young mentality, a new thought as it is said in the Bible about “my servant Caleb has another spirit, a new spirit”. And those who have a new spirit, will take the gospel without fear of confrontation, without fear of anything, and will have the courage to take it further.

Joshua chose the right path, and in the bible he says, “Now is the time when you have to decide, to stay in the old culture, in the old mentalities that you have embraced in this country or to free a new mentality”; because that was the moment when he wanted to take another step. First, the Israelites had to understand where they came from, where they are and where they will go.

In this message, we will talk about these three points: “Where we come from, all the things that God has done for us and where we are, there is culture and many other things that contradict everything the Bible says, but it is up to us to make a difference, to choose where we can go. “There is a better future ahead of us, there are good things ahead and it is up to us to decide to go with the Lord, to separate ourselves from the culture we have embraced in this world”. There are so many other examples in the Bible that will be developed during these three days, such as Joshua, Moses, Ruth, and much more.

The titular pastor Didier Kuku, finally appeals and invites all people and also asks families, friends and acquaintances to be present and recalls that there will be prophetic messages, prayers for the new generation. He adds, “Through anointing and divine visitation, these three days will serve as an excellent tool to strengthen our knowledge of the word of God.”

Videos posted on social networks (Facebook, YouTube, etc.) in the official account of the Audacious Faith International Church, bear witness to the people of Nottingham, Derby and the surrounding area.

We cannot speak of the conference without praise and worship, because they are a vital part of this special program. The service will be run by the AFIC Group (Audacious Faith International Church) led by sister Pascaline Badilimo from Nottingham. A group from Holland will be accompanying in order to put an atmosphere of connections and prayers during these three days. Like all years, the Audacious Faith International Church (AFIC) Derby/Nottingham, England, never misses the opportunity to bless people of God through this precious moment.

As a reminder, the 5th Symposium Edition of the year 2019 held the theme “NO MORE DELAY. Ezekiel 12:25-27”, which had double session hosted by Reverend/Pastor Sam-Sunday, accompanied by his wife Stella with the sub-theme: “POSITIVE PARENTING”.

The speakers had developed strategies for forging a good family relationship between parents and children. They had listed the positive parenting techniques for properly raising children with discipline and good moral values in relation to what the Word of God says. 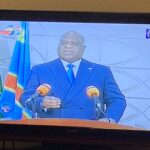 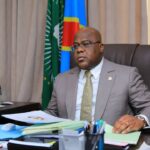 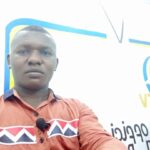 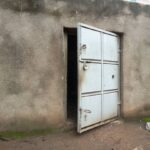